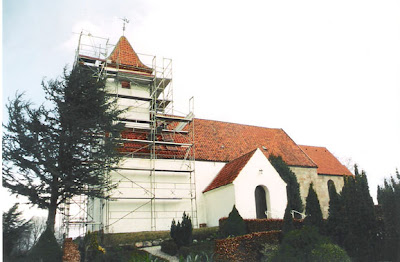 The church has a Romanesque choir and nave in granite ashlars, while the bottom of the tower to the west is Late Gothic, the porch in monk bricks to the south is from the reformation period, the sacristi from the 1700s and the tower from 1780. The south portal is preserved and in use. It has a tympanum with a human figure between lions and upon the side stones of the door are upright lions. The north door is walled like three Romanesque windows. In the Late Gothic period was built a tower of the same width as the nave but only the bottom is preserved. It is not known when the Late Gothic tower was broken down, but in 1780 a new and smaller tower of bricks was built. Upon its pyramid roof is a funny weathercock of wrought iron with the year 1782.

In Astrup church are frescoes from the 1500s. Upon one vault of the nave is a minuskel-inscription telling that in 1511 this inscription was made in the time of the parish priest Per Nielsen. At the choir arch is a versal-inscription below an emblem "Henricus Stephan Horsnetianus 73 ( probably 1573). The altarpiece is a painting from the late 1800s. The granite font is from present time like the pulpit. The bell from 1698 was cast by Peter Christoffer Geiger, given by admiral Janus Rodsteen. 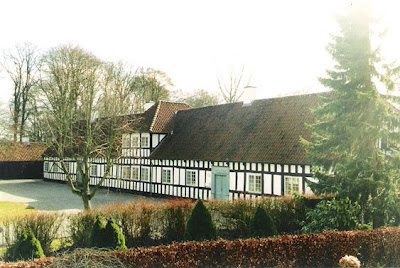 Astrup vicarage was built in 1777.


Søren Munk (Vinranke-munk) is mentioned 1543 in Drammelstrup. Drammelstrupgård was from the Crown sold to Mogens Friis.
Erik Bruun bought in 1316 estate in Løjenkjær by exchange with Ring Kloster.

There are no listed prehistorics in the parish, but there were 3 hills.

photo Astrup 2004: grethe bachmann
Posted by Thyra at 10:32 AM No comments: Links to this post 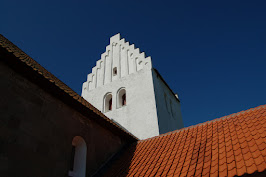 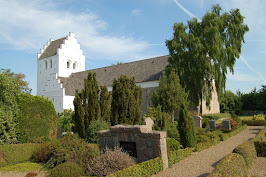 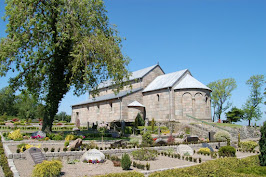 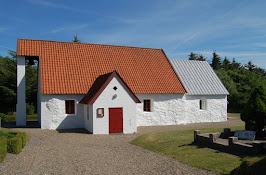 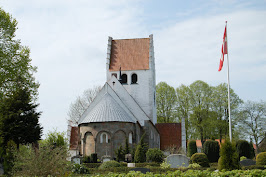 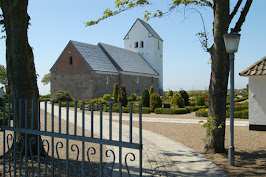 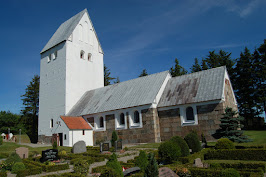 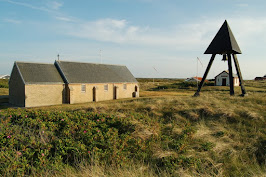 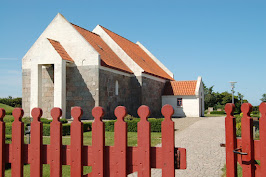